The Bandicoot grabs, picks and shovels away waste from deep manholes methodically, doing away the need for men to enter manholes for cleaning sewers and clearing blockages and work in unhygienic and risky conditions

Repeated handling of human excreta without protection leads to respiratory and skin diseases, anaemia, jaundice, trachoma and carbon monoxide poisoning. Manual scavenging is not only a caste-based but also a gender-based occupation with 90 per cent of them being women. 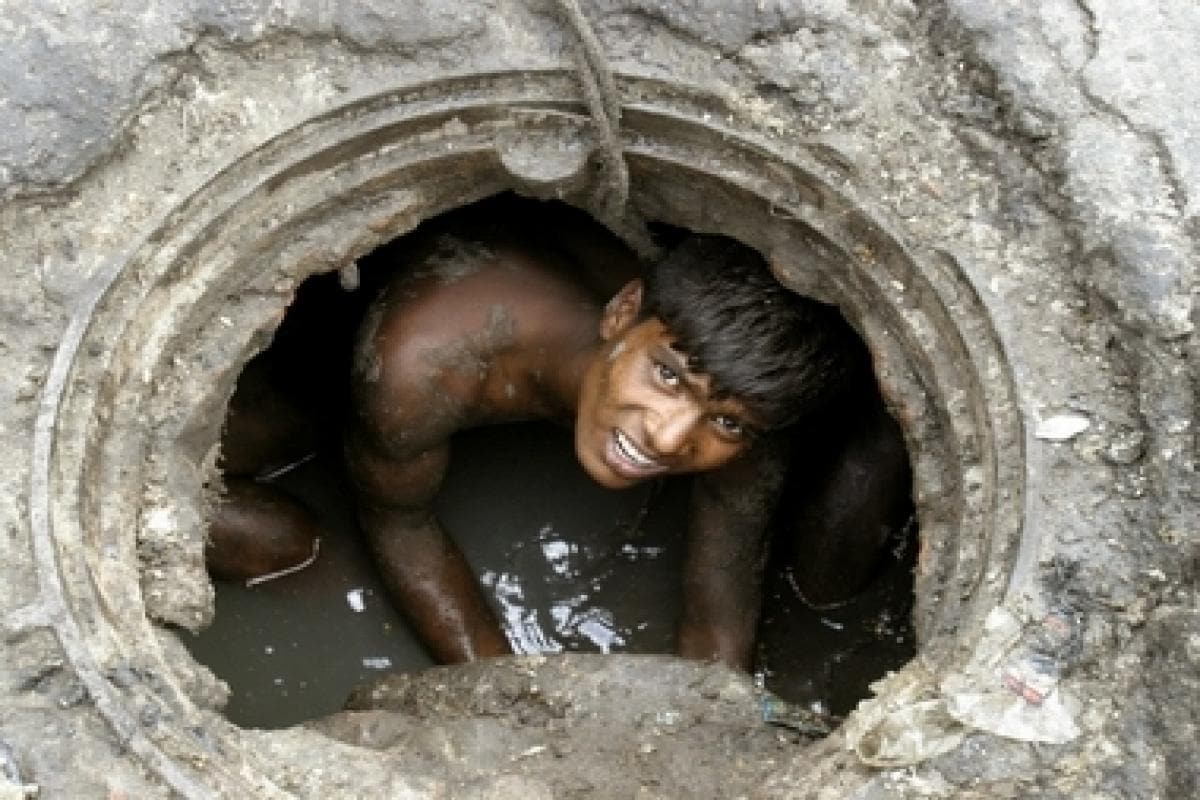 Hyderabad: Signalling the beginning of the end for manual scavenging in the city, the Greater Hyderabad Municipal Corporation (GHMC) on Tuesday introduced a robotic manhole desilting machine, the Bandicoot, at Ghousia Café in Serilingampally zone. The machine was launched by Mayor Bonthu Rammohan.

The Bandicoot grabs, picks and shovels away waste from deep manholes methodically, doing away the need for men to enter manholes for cleaning sewers and clearing blockages and work in unhygienic and risky conditions.

Developed by a Kerala-based company, the machine is an automated system with a stationary unit to control the operations. It is equipped with a user interface at the top while at the bottom, there is a robotic device with tentacles that aid in grabbing, picking and shovelling waste from manholes.

The machine comes with cameras, which are connected to a screen and the user can monitor the live internal inspection of sewer lines. The clogs can be monitored from the screen and the operator does not need to get into the manhole as the tentacle-like rods collect the waste and shovels it out of the manhole.

The robotic machine can be operated in manholes up to eight metres deep and can be comfortably used in standard-sized (diameter) manholes. It has a bucket capacity of 16 litres. More importantly, it is enabled with poisonous gas detectors to provide additional safety to the operator from gases such as methane, hydrogen sulphide, carbon monoxide etc.

Speaking after the launch, Mayor Rammohan said the municipal corporation was taking up different initiatives to eliminate manual scavenging. Already, sweeping machines were being utilised to sweep major roads, along with mini-jetting machines to clear sewers. The robotic machines would come in handy to clear manholes and avoid manual scavenging, he said.
The Rs 32 lakh robotic machine was sponsored by K Raheja Corp under its corporate social responsibility initiative.

In the west zone alone, there are over 7,000 manholes, which are over five-foot deep, GHMC Serilingampally Zone Commissioner D Harichandana said.

Incidentally, this is not the first attempt to introduce robotic machines in the city. Last year, the HMWSSB had attempted to use a Bengaluru-based company’s robot, which identifies clogs in sewers and clears the same. But officials wanted the company to come up with more practical features.

4 ACCUSED IN HYDERABAD RAPE AND MURDER CASE KILLED IN ENCOUNTER

Woman held in Hyderabad for sending obscene content over phone

Sushma Swaraj, Former Foreign Minister Passes Away at 67 After Heart...